On August 31 1911, steam yacht Gunilda sank beneath the waves of Lake Superior. Her wreckage was to become one of the most captivating intact freshwater wrecks in the world 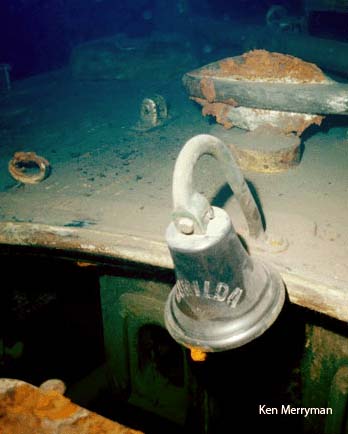 The luxury yacht Gunilda was called “The most beautiful shipwreck in the world” by the 1980 Cousteau Expedition and is now considered by many Technical divers to be the pinnacle of their diving career. 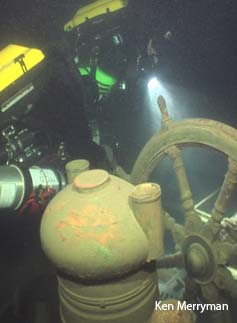 The Gunilda sits upright in approximately 85m (280ft.) depth, intact with everything aboard. A gold covered bowsprit glitters under dive lights, the binnacle houses the ships compass and the entire superstructure is intact. Looking inside one sees the furniture and a grand piano in the salon as well as personal items still in place.

At 85m (280ft) depth this dive is a technical dive requiring trimix and a great deal of planning. By the Bay can help you make this dream a reality.

The great lakes are not known for their forgiving nature and all to often frugal or ill-informed decisions result in disaster. The sinking of the Gunilda is one such story. 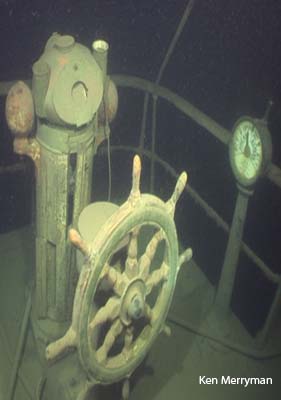 At the time of her sinking the Gunilda was owned by by Standard Oil investor and top executive William L. Harkness who, with family and friends was on an extended tour of the north shore of Lake Superior, heading for the small town of Rossport. Harkness had refused to spend the $15 to hire a local guide to navigate through the islands and shoals heading into Rossport and ended up running aground on McGarvey’s Shoal. After hitting the rocks, all the prestigious passengers where safely brought to shore, leaving their personal belongings in their respective rooms. A quick survey was made and plans to pull the yacht off with the tugboat Whalen.

Again things went wrong due to frugal, ill-informed decisions by Harkness. The Tug captain wanted to wait for a diver to make sure that the Gunilda was not damaged worse than they believed and also wanted to wait for another tug to prevent the possibility of the Gunilda listing and taking on water. Harkness refused believing the locals were trying to take advantage of him and ordered the Whalen to proceed. As predicted, the Gunilda listed and took on water sinking to the base of the pinnacle where she lies today, upright in all her glory. Today, many technical divers view the Gunilda as the pinnacle dive of their career. By The Bay is happy to provide all the support needed to make this dive a success. Check out the YouTube video below from Terry Irvine. 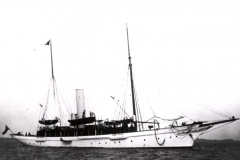 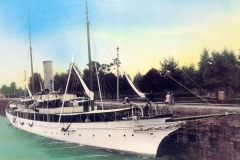 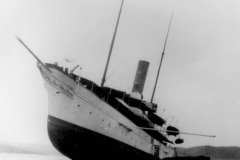 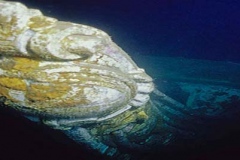 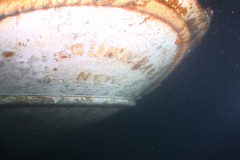 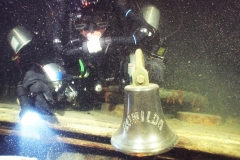 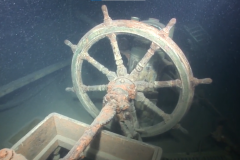 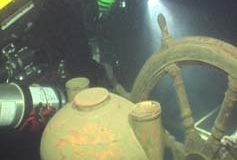 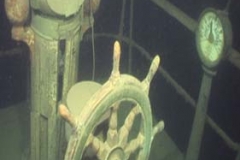 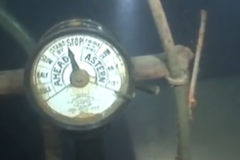 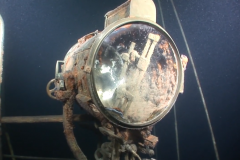 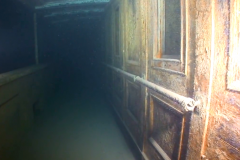 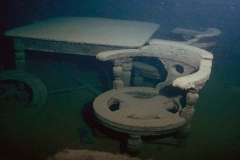 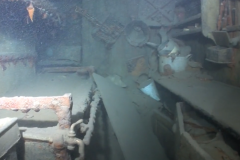 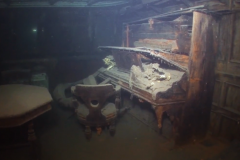 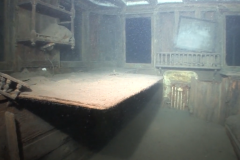 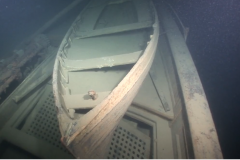 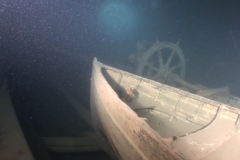 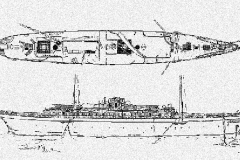