Lake Superior is Legendary for her November storms but in the case of the 261’ (80m) steel steamer Judge Hart it wasn’t that the winds of November came early but rather, she was pushing the limits of operation in late November, 1942. 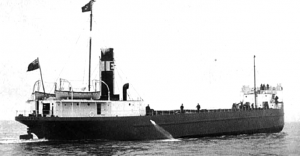 Leaving from Port Arthur on November 25th the Hart was carrying one last load of wheat which was intended to be stored on board during the winter. Despite 25 – 35 miles per hour winds from the northeast ; with rain, sleet and snow, the weather was as favourable as could be expected for that time of the year for a voyage down lake Superior along the north shore route. All went well until the next evening as the Hart cleared south of Slate Island Light; the wind had veered around to the northeast and was increasing in strength with a light snow. 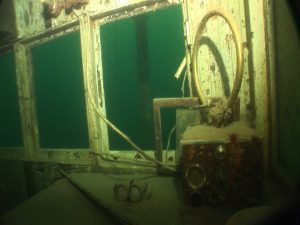 The weather conditions rapidly deteriorated.  The wind increased to gale force; the seas became heavy and confused and the Hart began to ship water over her decks as visibility was reduced to a minimum by a heavy snowfall. Captain Burmister knew he should be in the vicinity of Otter Island and that the shore should be less than ten miles away but he could see nothing. The ship did not appear to be making any headway in the storm and as each wave washed over the deck, more and more ice began to form on the boat, Captain Burmister decided to turn and try to reach the shelter of Jackfish Bay, some forty miles to the northwest. With Ice began accumulating on the fathometer as well as freezing the anchors into their chocks, the crew was unable to determine the depth they were operating in and, with the loss of visibility, they were forced to open the windows. The conditions made navigation impossible. 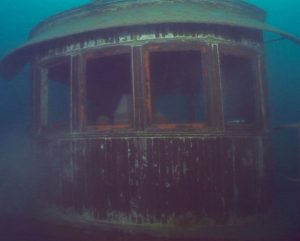 At 3:15p.m. on Nov. 26, 1942, the Hart struck. The blow was not severe as the Hart was going at slow speed  but, realizing that there might be a hole in the bottom, and that the ship might sink in deep water – Captain Burmister kept  the engines ahead to hold the vessel steady on the rocks. Three other vessels, The James B Eads, the Salvadoc and the Fort Wildoc were anchored two to three miles to the westward and plans were made to employ a tug to salvage the Hart, but as the ship continued to be pounded by the waves it became evident that the ship might lose her last grip on the rocks at any minute and plunge to the bottom. 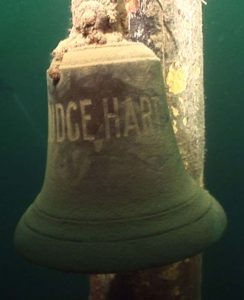 At 10:45am, Saturday November 28th, the order to abandon ship was given and as soon as the engines stopped she drifted off the rocks. Possibly due to the buoyancy of the ice that the Hart was now encased in, she did not immediately sink but drifted slowly to the eastward and finally sank at 3:25 p.m., 7/8 of a mile from Barclay Island, about three miles from Fitzsimmons Rocks, on which she had struck. She is resting intact and upright in approximately 200’ (70m) of water.

This is a spectacular, rarely visited wreck. The bow pilot house is intact with its bell still on the mast. The wheelhouse is quite stunning with wheel, binnacle and telegraph along with binoculars sitting on the chart table and the radio equipment still in place. 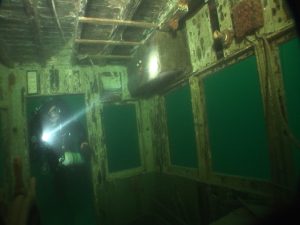 Even the ship’s papers are still hanging in a frame on the wall including the still legible Morse code. At the stern you can peak into the engine room and galley with dishes left behind. 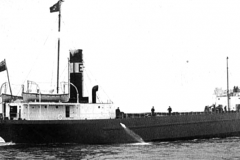 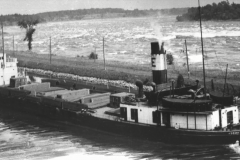 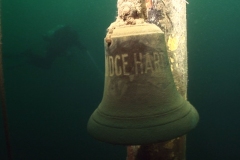 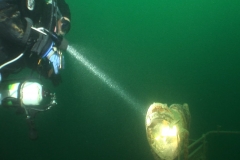 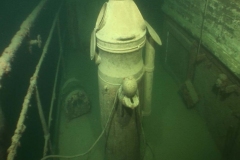 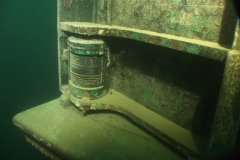 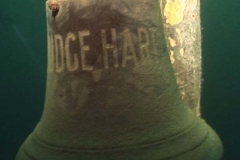 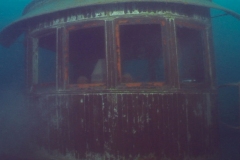 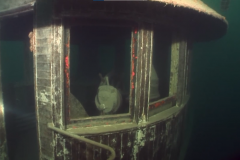 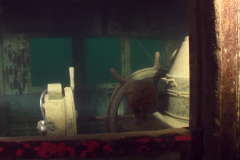 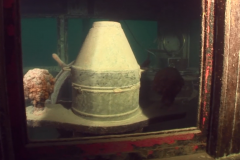 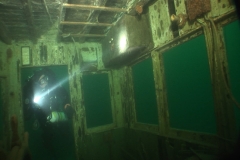 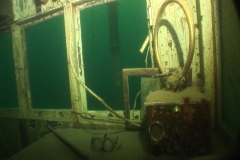 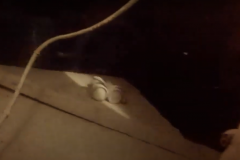 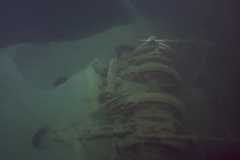 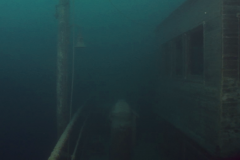 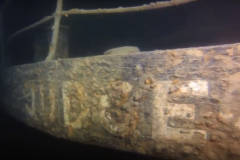 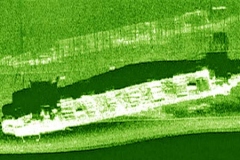