The wreck of the Neebing can be approached either as an advanced Recreational Dive or as a Technical dive. Sitting upright in 110-125’/ 34m-38m (crane is at 85’/26m), this 58.8m (190′) steamer still has much of the deck and the huge crane intact adding to the enjoyment of the dive. This is a deep dive with possible currents, cold water and potentially zero visibility.

At the same time, for those willing to put in the effort this is a spectacular dive on a beautiful, rarely dived wreck, with a fascinating history.

Launched in 1892 as the John B. Ketcham II she was plagued with accidents from the time of her launching  being salvaged, released and relaunched at least 5 times before passing into Canadian registry in 1913. She was renamed Coalhurst in 1927 and then became the Neebing in 1928. She is reputed to have been the 1st steel vessel built especially for the lumber trade on the great lakes.

The Neebing floundered in the Nipigon Straights just off Moss Island on Sept 24th, 1937 with the loss of five lives including the captain. Although the wreck was located a few days after sinking, due to the depth and poor conditions no salvage attempts were made and as such, this wreck should be treated as a gravesite as the bodies were never recovered. It was not until the late 1970’s that recreational scuba divers began to dive the Neebing and, as was common at that time, those who were diving the Neebing were reluctant to share their findings. Combined with her remote location this has meant very few people have dived on the Neebing, especially in the last 20 years. The Neebing now sits upright in 110-125’/ 34m-38m (the crane is at 85’/26m) with much of the deck and the huge crane intact adding to the enjoyment of the dive. The missing wheelhouse, with the wheel, is located approximately 50’ (16m) off the starboard bow. The stern superstructure is missing providing easy access to the engine room where divers can view the “Scotch” Marine Boiler and other steam workings of the vessel.

The wreck is naturally divided into three (3) dives or, for those qualified, one long decompression dive. These would include; the stern section (engine room workshop etc.); The crane (amidships)and; the bow/pilot house/debris.

At almost 45Km (28mi.) out on the lake the trip is a long one and weather dependent. There is the option of staying at a lodge on Moss Island for those interested in multi-day diving and/or a more relaxed pace.

Contact us for more details
Back to Wrecks and Pricing 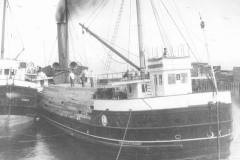 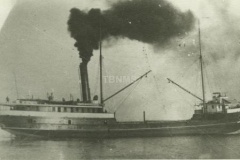 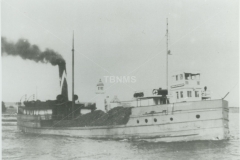 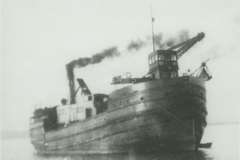 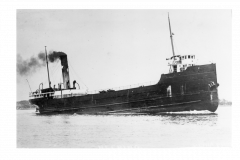 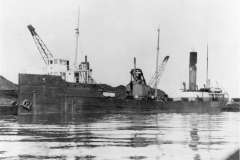 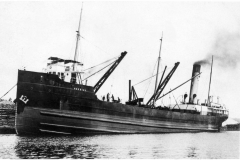 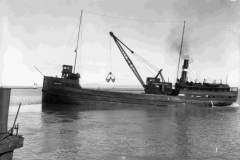 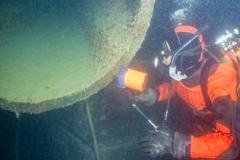 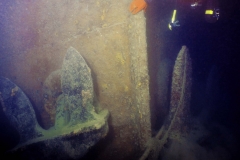 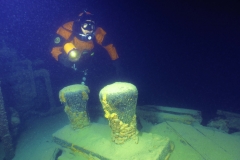 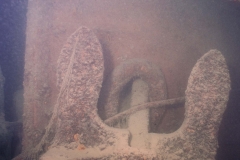 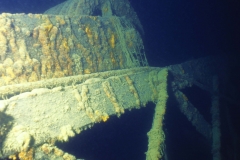 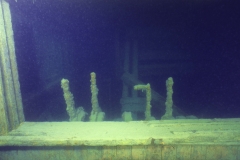 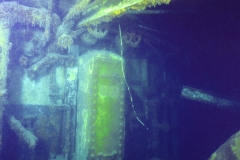 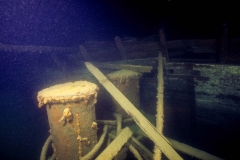 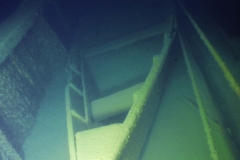 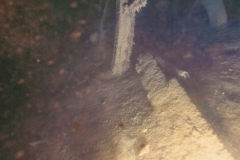 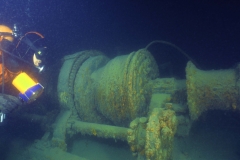 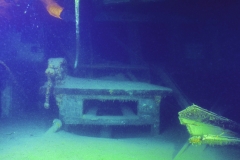 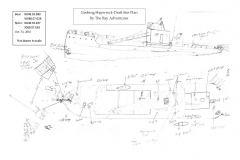