One of those sudden and dangerous storms that place in jeopardy the lives of the men who run the vessels of the Great Lakes was responsible for the loss of the steamer Rappahannoch in the waters of Jackfish Bay on July 25. 1911.

On July 24, 1911, the 308′ (93.9m), steam powered, wood, bulk freighter Rappahannock was bound from Ashtabula for Duluth with a load of coal with the Barge Montezuma in tow. Built in 1895 for James Davidson of’ Bay City Michigan, she was one of the last wooden vessels of her type on the lakes at the time of her demise. 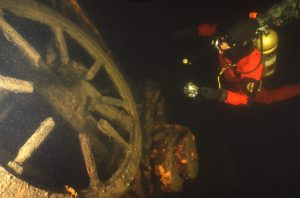 Due to heavy fog they were traveling north of the usual track to avoid other traffic when  a sudden 75 mph (120km/h) gale force winds and heavy seas conspired against her. The towline to the Montezuma parted mid lake and during a futile search to find her the Rappahannock sprung a leak. Fearing she would sink at any time the captain steered towards Jackfish Bay hoping to find refuge but it was to no avail. 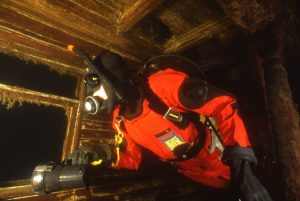 Before reaching the harbor the vessel filled so fast that she was run aground on a shoal in 18 feet of water. The crew was barely off when the vessel, which had begun to break up, slipped off the shoal into 80-90’ (24-28m) of water.

Latter the ship was clam-shelled to salvage her load of coal which damaged much of the superstructure.

For a more detailed telling of her last days you can read about the sinking of the Rappahannock “in the Captains Own Words” here. 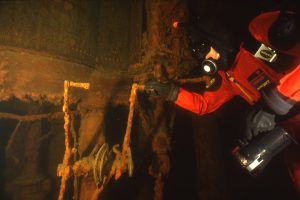 Despite the salvage efforts the wreck is still very intact and resting upright. This is another beautiful, yet rarely dived wreck. With covered walkways to be explored, a carpenters bench and tools, stove, utensils, machinery and the triple expansion engine the Rappahannock has something for everyone.

Descending the mooring line the diver begins at the bow decks with plenty of opportunity to explore below deck and around the massive bow. Following the port hull towards the stern one encounters the walkways and windows leading to the interior. 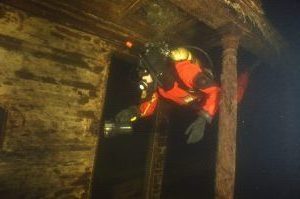 The Massive Triple Expansion Steam engine and Scotch boilers are easily accessed allowing the diver to examine the working of the ship. As one dives to the stern end of the ship the wood structure is very intact along with the rudder and other structures. An interesting feature of this wreck is the ever changing sandbar found at the stern. On one dive the diver will see the large propeller and yet a month latter the storms of Lake Superior will have piled a sandbar up against the stern totally covering the prop.

Although it is possible to access the wreck site from Jackfish lake using a small inflatable we usually depart from Terrace Bay passing by the Historic Townsite of Jackfish. 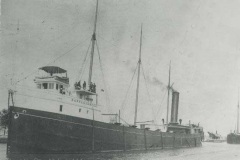 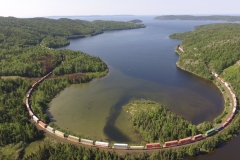 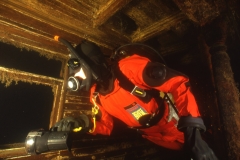 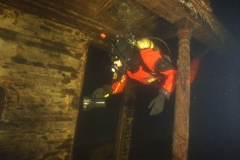 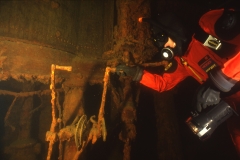 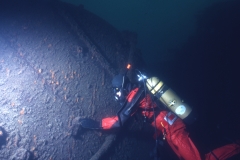 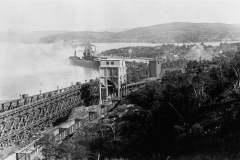 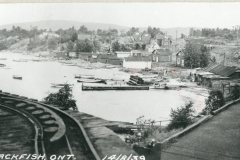 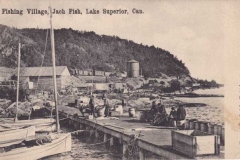 Contact us for more information
Back to Wrecks and Pricing