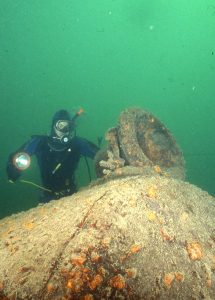 Known as a Whaleback design, Barge115 was one of a series of uniquely built vessels that, at one time, plied the waters of Lake Superior and beyond (more on the Whaleback story 1, 2). 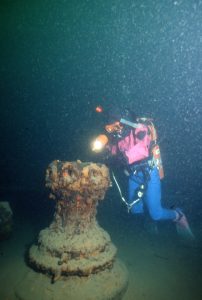 At the time of her launching in 1891, this radical new design was considered by many to be the perfect seaworthy craft, but alas, while it did prove to be quite seaworthy, the Small, awkwardly designed hatches made loading and unloading the boats a slow and tedious process leading to it’s eventual demise.

Barge 115 has the distinction of not only being the first Whaleback to founder (sink) but also to be the last Great Lakes Shipwreck of the 1800’s after a dramatic fight for survival during a major storm for several days. The storm was so intense that some wreckage can be seen 50′ up the cliff on Pic Island. 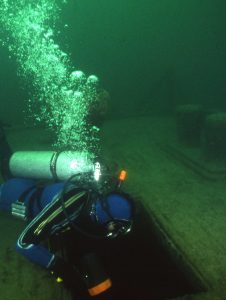 On December 10th 1899 Barge 115, left Two Rivers MN. loaded with iron ore. She was being towed by the whaleback steamer Colgate Hoyt, making a final trip of the season and heading for the Soo Locks. Unfortunately they were sailing right into the worst storm of the season. As the weather worsened the captain of the Colgate Hoyt made the decision to stick closer to the Canadian north shore to try to avoid the worst of the storm but it was to no avail. On December 13th, After battling the wind and waves for three days, the tow line parted and Barge 115 quickly disappeared from sight. The Colgate Hoyt immediately began a search but after four hours, due to worsening weather and scarcity of coal, she had to head into the Soo where she delivered news of the loss. A search was organized and the Colgate Hoyt and another tug set out but as the weather worsened the search was abandoned and the Barge declared lost with all hands assumed to have perished. 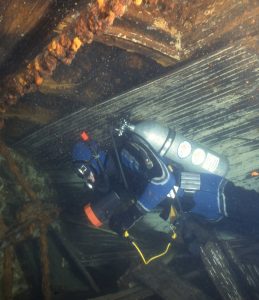 Barge 115 hadn’t sunk though, and for the next 5 days she drifted haplessly in the blizzard until she eventually came to shore. The next day the crew realized they were on an Island (Pic Island) and began making plans to get to the mainland. Using nails and boards from an old cabin on the Island they fashioned a raft that, despite leaving the men half submerged in water during their trip, they were able to get to the mainland and eventually walk to the railway town of Middleton. In all they spent 5 days drifting in a blizzard on lake superior, 2 nights on Pic Island and then another 2 days to walk to Middleton. All of this with little food and in some of the harshest conditions imaginable. A first hand account is provided by First Mate M. J. Lynip. 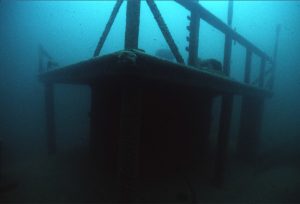 Diving Whaleback Barge 115 provides a unique opportunity to experience a piece of true maritime history. The stern is missing but the bow and deck house, as well as a portion of the hull are intact providing an amazing experience. One of the distinctive characteristics of the Whaleback design is it’s turret which  is still intact. Limited penetration is possible for those with appropriate training. Depth ranges from 40′ (12m) to 90′ (27.5m). The site can be susceptible to weather and nearby rivers may reduce visibility after storm events. The site is fairly remote and access to this site is usually from a boat launch at Neys Provincial Park, 2 hours East of Nipigon ( 3 hours East of Thunder Bay). Camping is available at Neys.

Contact us
for more information
Back to Wrecks and Pricing 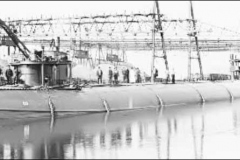 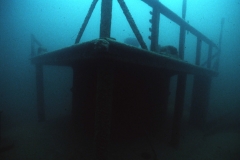 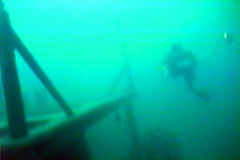 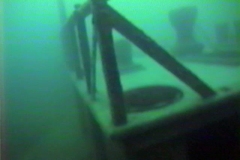 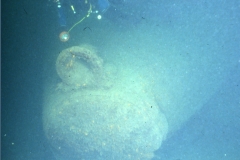 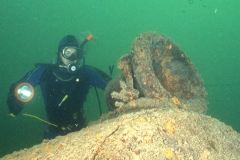 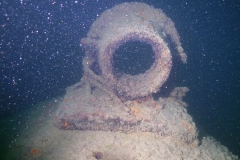 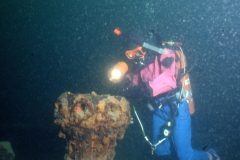 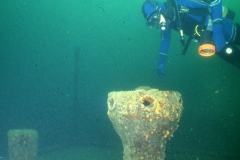 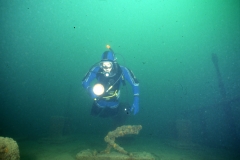 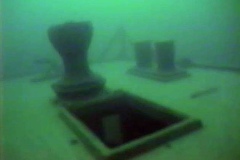 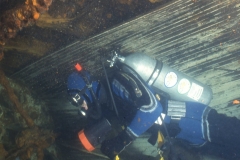 Contact us
for more information
Back to Wrecks and Pricing